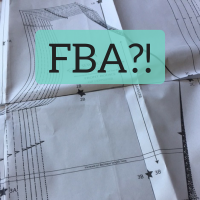 This podcast episode is all about the FBA – Full Bust Adjustment that has been buzzing up a storm on social media. Before Zede and Mal share their many thoughts on the FBA they give their sincerest thanks.

In early 2017 Zede and Mal made the tough decision to close the retail storefront of the business. It was a time filled with many emotions, long work hours, and lots of exhaustion. Sewpporters to the rescue! Zede and Mal were showered with thoughtful and encouraging cards from around the globe. If you were one of the sewpporters stay tuned, because each week the ladies will have special thank you’s and shout out’s to you all.

Back to the ever popular FBA. While Mal and Zede agree that this is a needed pattern adjustment for some, they are not convinced that the majority need it and feel the FBA is a very trendy pattern alteration. So if you have properly implemented the FBA in the past and this is something that truly works for you, keep on rocking the FBA’s! However…

Zede recollects the many, many garments she has custom made and tailored over the years, and says there are many other factors to consider when trying to make a top fit a person properly, not just the breast to consider. She says it’s important to remember that everything is connected. So just altering the length of the pattern from the shoulder can make a big difference in how a top fits your breasts. There are bust darts, armsyce, seam allowances, side seams as well as breast shape and what undergarments you wear that all factor in to how a top will ultimately fit.

Mal and Zede share their personal measurements to explain how body proportions can vary even when measurements are the same or similar. They explain that even though you might have a larger cup and band size the difference between your upper bust and your fullest bust measurement might not be large enough that you need to make an FBA.

THIS EPISODE IS BROUGHT TO YOU BY: 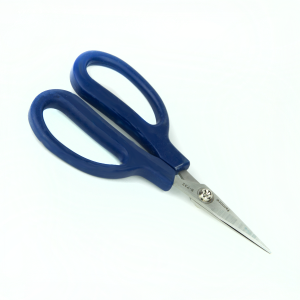 The perfect scissor to bridge the gap between large shears and tiny snips, these large handled scissors let you cut super precisely with ease.

Lightweight and comfortable, we have a pair of these scissors at each of our sewing machines!

Do you already own a pair of these exquisite scissors? Feel free to share a pic of them in action or in your sewing room over on our instagram page zedessewingstudio #zedesfavoritescissors! We love seeing them in the “wild”.

Mal shares a Self Sewn Wardrobe group members personal fit story to further explore this popular trend to just say, yeah you need an FBA. Paige posted some pics of her in her muslin top and asked for opinions on how to make it fit better. She received an overwhelming amount of people suggesting she do an FBA.

Problem was the top appeared too big in the back and side and seem to fit her bust quite well. She had some pulling near her armscye too. It may seem like this is being pulled taught from the bust but Zede and Mal agree with some group members that the seam allowance has not been accounted for in the armscye area. Making a smaller size and accounting for seam allowance was a better place to start.

Zede and Mal recommend taking your measurements and making your first muslin or test garment from the pattern choosing the size that most lines up with your measurements. Zede says her largest part is her bust followed by her hips. When she makes a muslin she will pick the size that fits her hips, waist, etc…  These are all proportionate where as her bust is much larger than most patterns allow for her size. She says it’s easier to adjust the pattern for just her bust as opposed to starting with a pattern that fits her bust and altering the patten’s waist, shoulders, and all around size.

Zede and Mal wish nothing but sewing success to everyone. This is why they advocate taking measurement properly, considering these against the patterns sizing, making a muslin from the appropriate size without making any alterations to it and seeing how it fits. Then you are free to tuck, pin up, and consider needed alterations. You may find you do in fact need an FBA. Zede and Mal just want you to stop and think about it before you make the jump to FBA.